Teagasc encourages glyphosate use – linked to Parkinson’s, infertility and cancers

I am not comfortable that a state agency here in Ireland actively encourages the use of Glyphosate, the active ingredient in Roundup. This was mailed out to their client base in the last month. 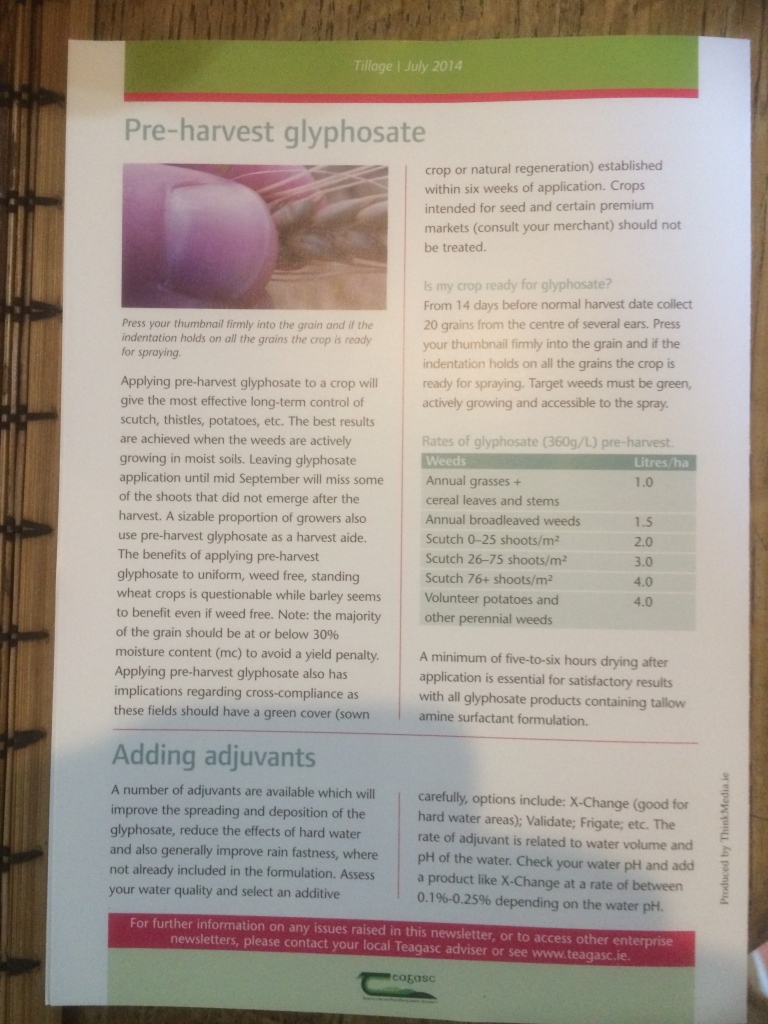 The peer-reviewed report, published last week in the scientific journal Entropy, said evidence indicates that residues of “glyphosate,” the chief ingredient in Roundup weed killer, which is sprayed over millions of acres of crops, has been found in food.

Those residues enhance the damaging effects of other food-borne chemical residues and toxins in the environment to disrupt normal body functions and induce disease, according to the report, authored by Stephanie Seneff, a research scientist at the Massachusetts Institute of Technology, and Anthony Samsel, a retired science consultant from Arthur D. Little, Inc. Samsel is a former private environmental government contractor as well as a member of the Union of Concerned Scientists.

From Wikipedia:  Glyphosate (N-(phosphonomethyl)glycine) is a broad-spectrum systemic herbicide used to kill weeds, especially annual broadleaf weeds and grasses known to compete with commercial crops grown around the globe. It was discovered to be a herbicide by Monsanto chemist John E. Franz in 1970.[3] Monsanto brought it to market in the 1970s under the trade name “Roundup”, and Monsanto’s last commercially relevant United States patent expired in 2000.

2 thoughts on “Teagasc encourages glyphosate use – linked to Parkinson’s, infertility and cancers”